The laundry is spinning and drying again, another load tossed in and another one folded.  The monotony of the mundane has been what I’ve craved in the last 24 hours…as though I’m afraid to run out of dirty clothes because if I do, things won’t feel normal again.

The sarcastic part of me sighs, really? Run out of dirty laundry with 4 busy little ones? But I push that voice down and strip sheets off of beds and turn that dial while the panel sings and I get lost in the rhythm of bending and sorting, pulling wrung out cloth to be dried while folding the clean pants and shirts – sorting once more into piles for little hands to take up those stairs and tuck into drawers before getting dirty again.
Zee presses her tiny nose up against the glass of the washer and I stand and watch her for a while. 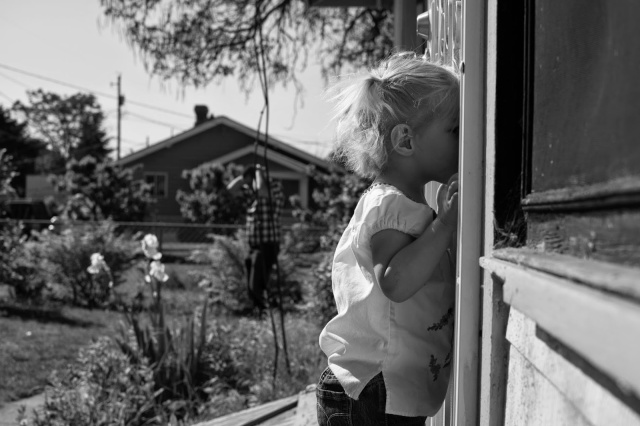 Yesterday, Lyla fell off the picnic table back near the basketball courts at Madison House. Her fall connected chin to cement and arm to wood and she came running home because I was still here with the littlest. For whatever reason, I didn’t send her back after I checked it out and deemed her whole, but asked her to wait while I put shoes on me and Zee.

I was just saying those words as I walked from dining room to living room as that loud metallic boom began.
The words were out of my mouth before I could think,
Get down on the ground, Lyla. Lay flat. Don’t move.
…5, 6, 7, 8, 9, 10…
I waited for the 11th gun shot, but it never came…only silence.  Coming right behind our house, I didn’t even think anyone across the street would be affected.
I didn’t know that the crossfire happened towards Madison House, that in aiming for the ones in the backyard of a house, bullets went flying haphazardly towards the playground.
I wasn’t there when Elias went running by his daddy and Tony felt the distinct impression to pray for his son’s safety moments before the chaos began.

I didn’t hear the voice of one of our older kids yelling for the little ones to get down on the ground. I didn’t hear his voice telling them when to start running into the building.
I wasn’t there when Livie grabbed the hand of another scared little girl and they ran towards the safety of Madison House together.

I wasn’t there when someone mentioned hearing metal on metal while he was counting the number of shots.
I was only there in the aftermath of scared children and a panicked Liv who couldn’t find me and thought I was dead.
I wasn’t there…

Sometime during dinner and the calming down of little ones, Tony and a couple of the older guys walked the playground and the perimeter of the fence searching out the source of the pinging sound that was heard.
They found it.
They found them, actually.

When Tony first took over Madison House almost three years ago now, he felt a nudge to raise money for a fence – a sturdy fence. One that was hard to scale and could lock up tight and so he began a Fund a Foot of Fence campaign.
The fence was put in within the year.
The smaller posts are maybe an inch in width, if that. They are strong, but not wide.
But God doesn’t need much width.
As Tony went searching he found two indents on two separate posts, 2 inches of metal stopping 2 flying bullets. 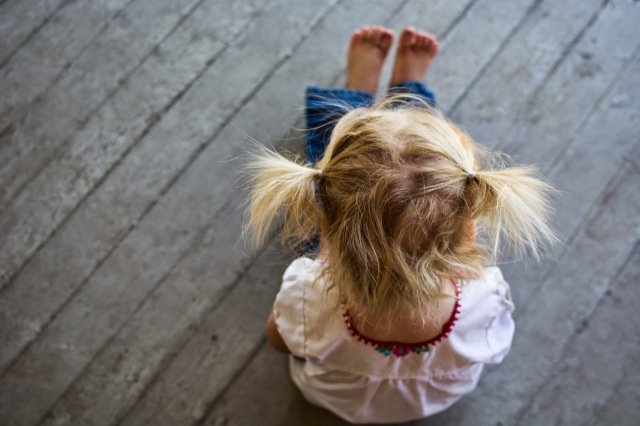 One was in line where Lyla had been only minutes before.
The other was near where my other two had been playing.
I walked home a little early and placed my finger in that impression,
and I touched grace.

A little over a year ago we moved into these walls and a new way of living began. I wake up now in the dark to hear gun fire in the distance and I’ve had the police in my house at 2AM.
The cycle of laundry however, is the same here as it was there – wherever there has been.
And maybe that’s why I keep finding myself near the neatly folded stacks throughout today. Not because I’m scared…though, I’ve cried. I’ve cried at the so close’s and the what if‘s. I’ve cried at the one more loss of innocence in the eyes of my older 3. The tears marking the grief I feel at the hatred people have towards one another, the disregard of life – any life – and how quickly weapons are pulled.

No, the laundry pulls me close today because it reminds me of each step Jesus used to prepare my heart for here, because while laundry was being folded, while little ones have been growing into not-so-little ones, while seasons have passed and warm clothes have been changed out for cooler ones, He has been working on this heart – pulling my mundane into the middle of His will.
Those sheets on our bed that I’ve changed out today, they’ve held me in sleep in the “safe part of town”, but now I know deeply of what the Psalmist wrote, In peace I will lie down and sleep; for you alone, O Lord, make me dwell in safety. Psalm 4:8
I still remember in the days leading up to our move here on 4th Street, when my heart trembled at all the unknowns, Tony’s younger sister wrote me the simplest of notes, filled with the words her pastor had shared from the pulpit that Sunday, and it was this:
You are bulletproof until God calls you home.
Two inches of fence proved the profound truth of that statement this week.

So, I’ll continue to sort and fold and wash, allowing my mundane to become my worship of Jesus, trusting that no matter where I am, for however long I am, He will use what I offer up to Him for His glory.
All family photos by the amazing Allison Davilla Photography